If you are not entering a “undiscovered cave” in your research, that is, if you do not need to explore about the nature of some problem simply because it has alrea

dy been studied before, perhaps the purpose of your research is basicly descriptive. In other words, you do not need to ask yoursefl “what is happening” because this question has already been answer before and you just need to describe the phenomena.

This kind of research take place when you need a clear picture of the phenomena. So, in this case you will not need a lantern but a painting brush. Your role will consists of collecting certain information and describe it, as a painter does when doing a portrait.

Descriptive studies usually aims to answer “what” research questions. Following our previous post example on wine industry, imaging now that the polish market is actually a mature market, that is, though beer and vodka are more popular drinks, the truth is that over the last years the wine has carved a niche in this country, included Spanish wines. For this reason, after a review of literature you have learnt a lot about Polish delight. Now, what you need is just describe the numbers of wine exportation. For this reason to contact the Spanish Chamber of Commerce in Poland and ask for details. Together with it you collect information of the number of wine shops starte up last three years in Poland.

Bear in mind that a descriptive study may be the forerunner of a exploratory study. If after analysing wine industry data you see that the importation in Poland has hardly increase 1% last three years comparing with the 15% of other countries in European Union like Hungary or Romania, you might consider doing also an exploratory study by mean focus group to understand the nature of this phenomena. 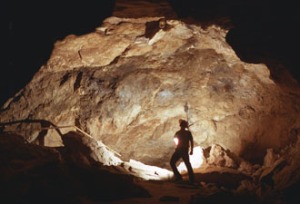 The current posts aims to understand exploratory studies. The rest will be addressed in future posts

The same way if you enter a cave that nobody has before set foot, exploratory researches take place when you are entering an unknow territory of knowledge. If your research topic is the use of iPhones among teenagers and after a carefully search of literature you couldn´t find any similar study, you are force to make use of a “lantern” in order to “assess the phenomena in a new light” (Robson, 2002)

This kind of research is very useful if you want to clarify your understanding of a problem because you are not sure of its precise nature. It usually occurs with emerging phenomena. Imaging the next situation: you have enough evidences that the new social networks are changing the relation between workers and managers, but you lack of previous literature to understand “what is happening”. For this reason, you decide to undertake an exploratory study. This study will consist of conducting in-depth interviews among a number of both managers and workers in order to know closely the nature of the phenomena. After several interviews you find that the use of such social media as twitter or facebook or own company messenger let managers to control closely their workers behavior. This may have both negative and positive consequences. Negative as workers could feel inhibited at work but also positive because it can help managers to know closely their workers and be more comprehensive.

But this is also a very common purpose in market research industry. Imaging that your company want to export Spanish wine to Poland. In this country, it is well known that either beer or vodka are more popular drink than wine, but nothing is clear about the Polish delight in wine, and even less in spanish wine. For this reason, the company has contacted a market research agency and they plan to do a focus group in Warsaw. The idea of the research is gathering at least eight people between 18 and 55 years old that do not consume wine usually and another group of eight people at the same age who consume wine at least once a month. During the performance of the group they will be provided different kind of wines in order to know their taste. Both Spanish wine but also other “control” brands from France, Italy and Portugal. Looking at their reactions and opinions, as well as their willingness to consume wine more often you will be able to “entering an undiscovered cave with a good lantern”

In conclusion, exploratory studies aims to  contribute with new knowledge to a field that has not been treated previously and, usually, by mean such techniques as in-depth interviews and focus group. Also, exploratory studies usually asume a inductive approach, i.e. to create a theory after the data collection.

Working at theory level when #formulatingaresearch ?

The research “onion” or how to formulate your #researchdesign

What is Exploratory Testing (elekslabs.com)