These are, judging by the XVIII ISA World Congress statistics, the top 20 subfields of sociology:

“Street harassment”. I like the term used in this article. It also includes the above video on gender harassment in the street. They did a kind of social experiment with a hidden camera to show how many times in a day a woman can get harassed. The video makes me think on street harassment in a wider sense, i.e. not only gender based but also social or ethnic based. Not just by making personal comments but also by staring at one or looking down. After all, and such as Bourdieu sustained “”The look is a social product that can account sociologically”. In my doctoral dissertation on a energy boomtown, many people that I interviewed, specially newcomers, used to reject the idea of being entirely harassed by long term residents. Probably because the word harassment sounds too hard for them. But, at the same time, they used to recognized having felt, at least at the beginning, a little bit uncomfortable in public spaces. They even got some problems to explain how they felt and used to state things like: “don’t know how to tell you but I could feel such distance”. I think that this concept, street or urban harassment, may apply also for this kind of situation, whenever there are a significant social or cultural distance in the streets. Immigrants, homeless or simply socially different citizens being stared or looked down in the street would be some examples. The urban harassment situation will tend to happened in highly segregated cities or regions (socio-spatially segregated). This everyday harassment is far from other more extremes forms of violence, but still shows the existence of a hidden social conflicts and lack of integration that may derive into serious violence in certain cases. I think that the Bourdieuian symbolic violence concept best represents this idea.

I find this journal very interesting to publish some of my work.

Sociology of Development promotes and encourages intellectual diversity within the study of development, with articles from all scholars of development sociology, regardless of theoretical orientation, methodological preference, region of investigation, or historical period of study, and from fields not limited to sociology, and including political science, economics, geography, anthropology, and health sciences.

Mass-Observation was a United Kingdom social research organisation founded in 1937. Their work ended in the mid-1960s but was revived in 1981. The Archive is housed at the University of Sussex.

Mass-Observation aimed to record everyday life in Britain through a panel of untrained volunteer observers who either maintained diaries or replied to open-ended questionnaires (known as directives). They also paid investigators to anonymously record people’s conversation and behaviour at work, on the street and at various public occasions including public meetings and sporting and religious events.

Three young men, part of a small group of like-minded friends, are credited with establishing Mass Observation. The origins resulted from a strange coincidence.

Early in 1937, Harrisson’s one and only published poem appeared in the New Statesman on the same page as a letter from Madge and Jennings, in which they outlined their London-based project to encourage a national panel of volunteers to reply to regular questionnaires on a variety of matters. Interested by the similarity in aims to his own current anthropological study of the British, Harrisson contacted Madge and Jennings.

Within the space of a month, the two projects, related in their ideals, although different in the techniques they employed to gather information, joined together under the title of Mass Observation. Their aim, stated in a further letter to the New Statesman, was to create an “anthropology of ourselves” – a study of the everyday lives of ordinary people in Britain.

Harrisson and a team of observers continued their study of life and people in Bolton (the Worktown Project), while Madge remained in London to organise the writing of the volunteer panel.

In Bolton, a team of paid investigators went into a variety of public situations: meetings, religious occasions, sporting and leisure activities, in the street and at work, and recorded people’s behaviour and conversation in as much detail as possible. The material they produced is a varied documentary account of life in Britain.

The National Panel of Diarists was composed of people from all over Britain who either kept diaries or replied to regular open-ended questionnaires sent to them by the central team of Mass-Observers.

Although Jennings and then Madge moved on, Mass Observation continued to operate throughout the Second World War and into the early 1950s, producing a series of books about their work as well as thousands of reports. Gradually the emphasis shifted away from social issues towards consumer behaviour.

Who could attend this conferences! I find it very interesting for several reasons. First of all, because of my growing interest on social photography and visual sociology. Secondly, due to the theme of the conference, i.e. post-industrial societies, since it is connected with my dissertation on a post mining region. Bellow you can see a short description of the event and a preliminary program:

When I got to New York, I briefly documented the lives of many Galician families there. At the same the time I was looking for a project to document more widely during the year.

I photographed life in the Bronx, street parties, the subway, and it was not until I visited the Fragas at least a couple of times that I realized that my big project was going to be about them.

The Fraga Family is a story about the world. It is a project on migration and adaptation to another country over decades.

When I entered the Fraga home, an apartment of about sixty square meters, I found three generations of three different nationalities living there.

Grandpa Carlos, a Galician who had emigrated to Cuba in 1925; his Cuban daughter, Maria; Maria’s husband and cousin at once, Pepe, Galician who had lived in France and Cuba as well; and the two sons of these, Richie and José, one hundred percent Americans.

I lived with The Fraga Family three days a week for eight months, shooting their prívate lives. I witnessed moments of their daily life and important events, such as when José Fraga, 27 and barely Spanish speaking, an important lawyer in a Manhattan Law Firm, could finally move out after paying off his law school loans.

This story now being exhibited belongs to the first part of a larger project that will be completed in the spring of 2014, photographing the Fragas 15 years later.

Have you heart of similar cases? Let us know!

Introduced by the American sociologist Harold Garfinkel, ethnomethodology is, together with symbolic interactionism and dramaturgical, one of the most

relevant perspective in the field of qualitative research. This tradition concerned with studying routines of everyday life and their production. How people make sense of their lives? The order and harmony of our lives depends on simple but very rooted behaviors. Watch this video before providing further details. The first scene is enough (you´d better omit the rest of the video)

What happens when girls cheer on the waiter? Is their behavior part of our routine? Is the social order or harmony interrupted in this situation? Read now this passage on an experiment developed by the founder of this tradition, Garfinkel:

Garfinkel asked some of his students to act like guests when they return home, in front of their families. From fifteen minutes up to one hour, students maintained a polite distance, talked about general issues rather than personal topics, requesting permission to use the bathroom or to take a glass of water, expressing his gratitude to the “host” for their kind hospitality. Two of the forty-nine families thought the students were joking and ignored the behavior; the others were upset or teased. Family members requested explanations: what happens? What is it? You’re sick? What kind of creature are you? Why are you angry? Are you getting crazy or stupid?

Both in the video and in the passage, people involved behave unconventionally. What does it mean? Everyone share a number of conventional assumptions with the member of one´s social group, community, town or city, country or culture. These assumptions are part of our everyday life. Saying hello when arriving home, shaking hands or being grateful. When it happens that one behaves against such assumptions, one social disorder takes somehow place. 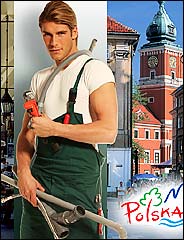 My Tweets
Join 480 other followers